A new study shows American travelers view many Asian nations as safer travel destinations now than they did four years ago.

The survey in the 2022 “State of Travel Insurance Report” also showed that some of America’s favorite travel destinations in Europe and the Caribbean — namely Italy, Bahamas, Spain, Jamaica and the United Kingdom — lost ground in terms of perceived travel safety.

Three Asian nations ranked among the top 10 safest travel destinations in the survey of more than 1,500 Americans conducted in September 2021.

The survey asked travelers about their perceptions related to crime, terrorism, transportation and health as well as the safety of travelers who are female, people of color or LGBTQ people.

Singapore — a city-state which was not included in the survey’s country ranking — ranked No. 3 on the safest city rankings — ahead of Tokyo (No. 5) and Bangkok (No. 11).

Singapore finished 21st (out of 56) in 2020 and 25th (out of 53) in 2019 on Berkshire Hathaway Travel Protections list of safest destinations, the company said.

Taiwan was not included in the survey, according to a company representative.

Women and millennials were more likely to view Asian destinations as safer, according to the survey.

After Iceland (No. 1), millennials ranked South Korea and Thailand as the next two safest travel destinations in the world. Composite scores also showed they view Vietnam (No. 6) to be slightly safer than Greece (No. 7).

Millennials — those currently between 27 and 42 years old — also rated Singapore No. 1 for “overall safety” in the city survey, ahead of Montreal and Amsterdam.

But in the 2022 survey, travelers said they were most concerned about “being able to move about freely” and staying “free from disease,” she said. Survey responses indicated getting stuck in a country even eclipsed fears of getting sick there, she said.

“It became a concern of, okay, I’m going to travel. I’m vaccinated, I feel comfortable,” she said. “But … what happens if I get stuck?”

That’s likely why Canada tops the list, she said. Canada reopened to vaccinated Americans in August 2021, the month before the survey was conducted. Its proximity to the United States worked for travelers wanting to “stay closer to home,” she said.

Australia’s decline in safety perception “could be because of … their tight Covid restrictions — the safety of not being able to get home when you want to get home,” she said. Australia’s borders were closed at the time the survey was taken.

Movement in the rankings

Iceland and Sweden held their rankings as safe travel destinations, while Italy — which has always scored high — dropped because of the difficulty of getting into the country and “because of what was going on with Covid,” said Mueller.

Mueller said the survey “can’t get into the minds” of the survey respondents, but she noted that places that were prominently in the news for Covid outbreaks — such as the United Kingdom — could have been affected by the coverage.

She also said rankings could have been affected by a change in survey methodology in 2022.

Many of the Asian nations that rose in the rankings were praised by medical experts for the tactics they employed to handle the Covid-19 pandemic.

Following Abu Dhabi, Singapore ranked No. 2 and Seoul No. 3 in a global ranking by the London-based analytical agency Deep Knowledge Analytics that analyzed pandemic responses in 72 cities.

Both countries, along with Japan, have some of the lowest Covid-related death rates in the world among nations with at least 1,000 reported cases, according to the data research website Statista.

How countries responded to Covid will affect how tourists perceive their travel safety, both before and during their trips, said Rachel Fu, director of the University of Florida’s Eric Friedheim Tourism Institute.

She said that will be important for regional and international tourists alike.

“The facts will be recorded with historical value when future generations look back about how each country … dealt with the pandemic,” she said. “History will be holding us accountable.” 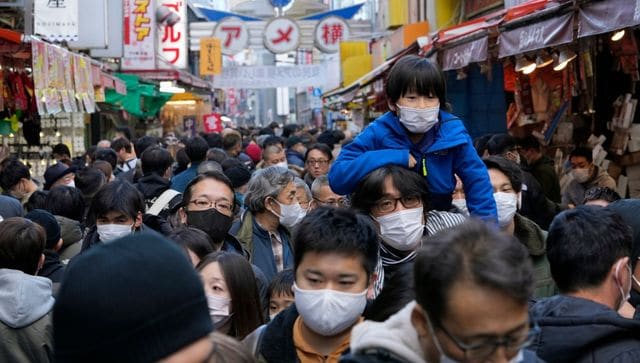