Lauren Gay’s favorite outdoor escape isn’t what it used to be.

The 41-year-old Floridian has been running the Outdoorsy Diva adventure travel blog since 2013, writing travel tips for destinations all over the world. One of her “absolute favorite” escapes, however, was Weeki Wachee Springs State Park.

“That was my go-to,” she says, recalling how on weekdays, she could kayak down the river for miles without seeing other visitors.

Ever since the summer of 2020, when people turned to parks to stay active but main socially distant during the pandemic, Gay says she’s seen the river become overrun by motorized boats. What was once a relaxing paddle has been soiled by the smell of burning fuel, and the wildlife she used to spot during her kayaking adventures – fish, turtles, manatees – were nowhere to be seen on her last trip in the fall of 2021. Gay says social media posts showcasing the park’s crystal-clear waters have turned more people on to the park. A search for Weeki Wachee on TikTok brings up one video from June of 2021 with more than 1.3 million likes, and hashtags like #weekiwachee and #weekiwacheesprings are attached to millions of views on the app.

Gay, who posted about the kayaking hotspot on her own website in October 2020, has mixed feelings about the attention it’s getting online. She wants to encourage underserved communities to explore the outdoors but believes many travel influencers are not highlighting destinations in a mindful way that acknowledges the importance of conservation.

While she and other travel bloggers appreciate that more people are kayaking, hiking and trekking across the country in RVs, they regret that increasing crowds are also turning their once-quiet retreats into recreational hot spots.

Weeki Wachee isn’t the only destination that has blown up in recent months. A search of hashtags on Instagram shows the “hiddengems” and “hiddengem” hashtags are attached to more than 2 million posts. It’s a fraction of the 634 million pictures and videos attached to the generic #travel hashtag, but similar to other popular hashtags like #amazonfinds (1.7 million posts) and #traveltips (3.1 million posts).  On TikTok, those two searches have garnered more than 6 billion views. The #travel hashtag has nearly 86 billion views on the app, while the #traveltok hashtag has 2.3 billion.

“Social media can be a very powerful force in influencing travel decisions,” says Kelli Burns, associate professor at the University of South Florida’s school of advertising and mass communications who researches social media influencers. “There’s a lot of pent-up desire among people to travel now, and so they are going to social media to look for where that destination could be.”

Travelers from all over the country have noticed their favorite hidden gems becoming more crowded.

Nate and Christian Axness, who are on their sixth year living full-time in an RV with their two kids, tend to do a lot of boondocking – setting up their RV on land without water, sewer and electrical connections. The couple documents their experiences as a nomadic family on their website, Project Trek.

While campgrounds are known to get crowded, the Axnesses say even the off-grid spots owned by the U.S. Bureau of Land Management are filling up fast these days.

“We started seeing the increase of travelers post COVID,” Christian Axness says, pointing out that the pandemic led more people to the free, socially-distanced spots with beautiful views. “It was just the perfect recipe for more people getting out.”

When the family does try to reserve a campground spot, Christian makes sure to plan well in advance to claim a spot. Even that isn’t always enough.

Earlier this year, Christian tried to reserve a spot at the campgrounds at California’s Half Moon Bay State Beach. Reservations for California State Parks’ campsites open online at 8 a.m. six months in advance of the arrival date.

Christian woke up early, brewed herself coffee and got ready to hit the “reserve” button as soon as the link went live. The website told her there were 35 other eyes on the website as the clock ticked closer to 8:00.

“Six years ago, if I were waking up to reserve a spot, I would have never had issues with actually getting the spot. Nobody was waking up at 8 a.m. like me,” she says.

While pent-up demand has contributed to the uptick in travel and national park attendance over the past few years, the Axnesses believe social media platforms are also playing a role in crowd size.

Christian pointed to a hike called Angels Landing, which has long been one of the most popular destinations in Zion National Park in Utah. A couple of TikTok videos of the trail from 2021 each have more than 250,000 likes, and video of the same trail in March 2022  shows a long line of hikers waiting for their chance to scale the rock formation.

The park has since started a permit system for the hike to in response to overcrowding.

Despite the changes, the Axnesses say they don’t mind seeing more people on their adventures.

“When I see people outside and out in their RV with their family, I’m not mad about that,” Christian says. “To see more people out there enjoying what I’ve known for so long. I hope that it makes the same impact on their lives that it has had on mine.”

A ‘double-edged sword’ for travelers

Lauren and Aaron Grijalva, another pair of travel bloggers who RV full time with their two kids, also say social media has made parks more congested. The two try to paint an accurate portrayal of what RV life is like, including challenges like breakdowns, but see other posts glamorizing the lifestyle.

“It’s kind of a double-edged sword,” says Lauren, who noted that the couple first started their travel blog and social media accounts to inspire others to join the RV life. “We want people to experience it too, but at the same time, it is becoming harder for those of us who are already out here.”

Aaron added that full-time RVers have growing concerns that their favorite boondocking spots will be overrun by influencers. That’s made bloggers like him and his wife more conscious about what they post.

WILL WE BECOME A NATION OF RENTERS?: As housing prices soared, home buyers struggled

“It is something that we’re thinking about more, as far as sharing locations and stuff, because these places can just get overrun and overcrowded,” he says.

When the couple first began RV life nearly four years ago, they were used to seeing national parks crowded in the summers and on holiday weekends. Now, it’s a problem year-round.

That prompted the couple to skip one of their favorite boondocking spots, California’s Alabama Hills, this year. The BLM land used to be an easy escape with ample room to park, but the Grijalvas say last year’s crowds were so bad that the government had to block off certain campsites that were getting trashed by visitors.

At this point, they say, certain spots aren’t worth the hassle.

“There are only a few places that RVers like to flock to in the winter. And that’s really becoming the biggest headache for people,” Aaron says. “Even with (Lauren’s) expertise and her planning, it’s still hard to find spots at times.”

Lauren says she now plans the family’s routes and reservations months in advance, and always has a backup location in case a campground is full.

“It adds a level of stress that we didn’t really have before,” she says.

You can follow USA TODAY reporter Bailey Schulz on Twitter @bailey_schulz and subscribe to our free Daily Money newsletter here for personal finance tips and business news every Monday through Friday. 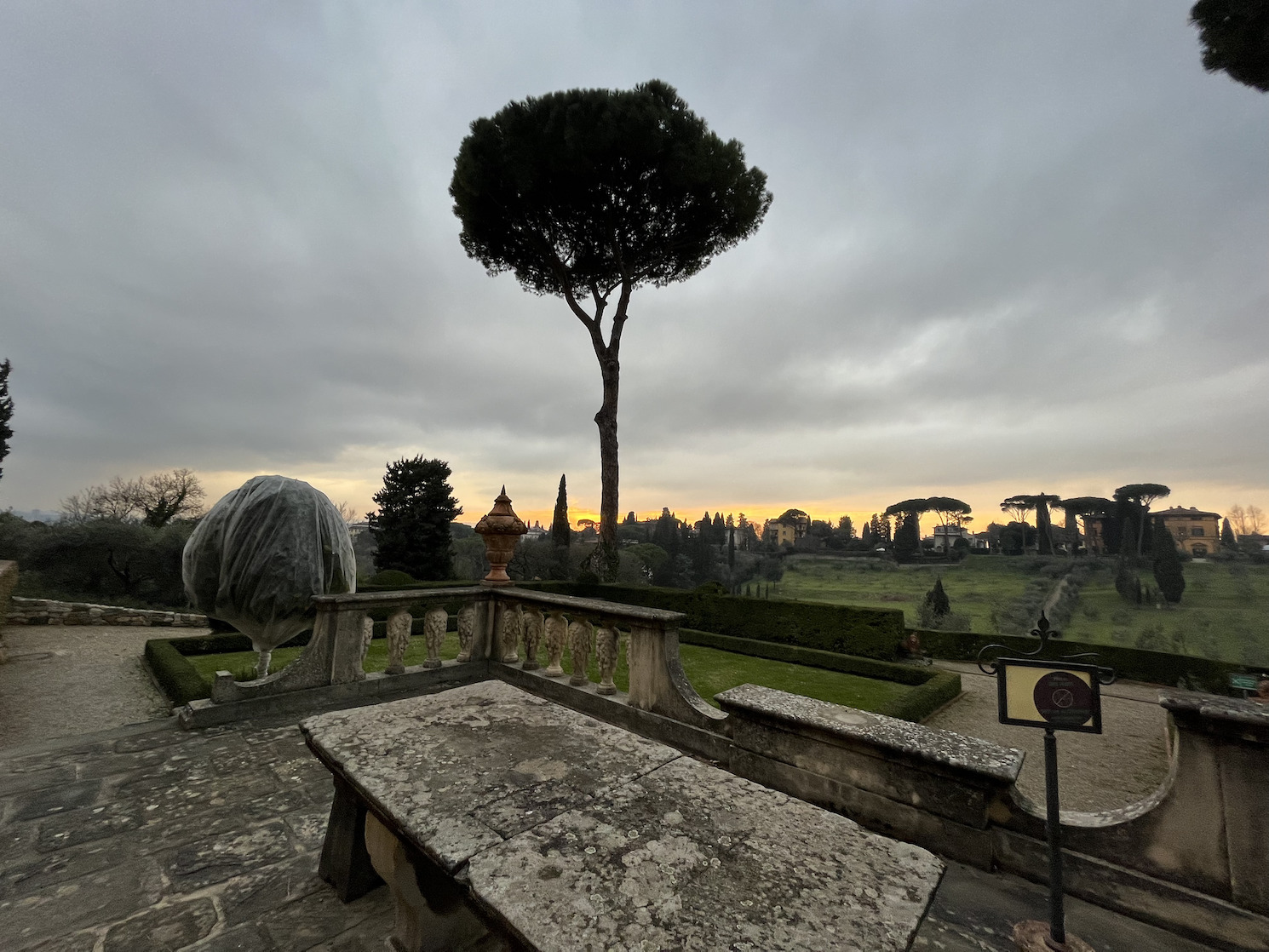 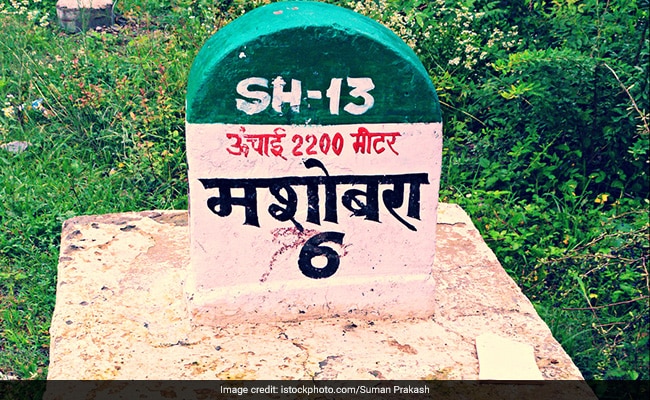